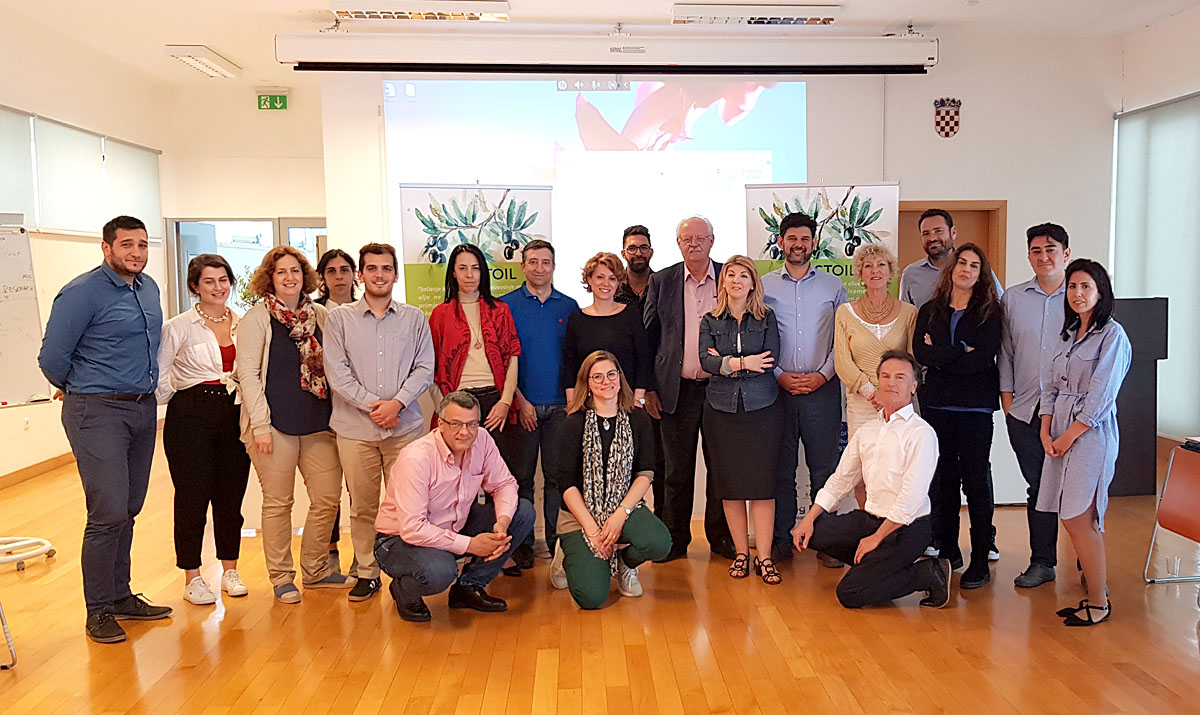 ARISTOIL 5th Steering Committee meeting took place between 28 and 30 of May 2019 in Split, Croatia. The meeting opened with a warm welcome by Tea Bilusic, project coordinator in University of Split and host, University Director, Prof. Dragan Ljutić, PhD and Aristoil coordinator, Nikos Krimnianiotis. The welcome was was followed by music by local band, familiarising participants with local traditions and the cultural colour of the Dalmatian coast.

The meeting having been planned to be three days, instead of two, was focused mainly on: the ARISTOIL cluster and capitalization actions as well as checking with the requirements of the project, only a few months before closure.

Several major deliverables were presented and discussed, including the ARISTOIL videos for producers and consumers. To kick off the meeting and review the achievements of the previous period, all partners made a short presentation on the project progress. Notably, the Aristoil videos for producers and consumers, constituting deliverable 2.4.9 were presented by Provincial Government of Malaga. They were received with praise and it was suggested and agreed that the videos should be the first thing one sees on the Aristoil site. In addition, it was suggested, that the graphic would be used for other promotion actions to increase uniformity and brand awareness.

The Universities of Athens and Cordoba committed to writing a letter to the International Olive Oil Council, requesting that the methods, which resulted from the study and testing phases will be recognised by an international authority in the field of olive oil quality (accepted methods of polyphenol concentration analysis: NMR, HPLC-MS-MS). It was also agreed that any document produced, as part of this action will be shared and discussed with the Green Growth community.

The second day of the meeting was entirely dedicated to capitalization and transferring of the project results and outputs. The Aristoil cluster structure was determined and will have two types of participants, certified (services according to guide for producers or producers of EVOO with polyphenol concentration >500 mg/kg).

The meeting was concluded with a study visit to a 1500 years old olive tree Kastel Stafilic (near Split), a visit to the olive oil mill (town Skradin) and a visit of olive orchards of Agricultural cooperative “Olive and Wine” in Polača (near town Zadar).